Vanadium atoms have 23 electrons and the shell structure is 2.8.11.2. The ground state electronic configuration of neutral vanadium is [Ar].3d3.4s2 and the term symbol of vanadium is 4F3/2.

Pure vanadium is a greyish silvery metal, and is soft and ductile. It has good corrosion resistance to alkalis, sulphuric acid, hydrochloric acid, and salt waters. The metal oxidizes readily above 660°C to form V2O5. Industrially, most vanadium produced is used as an additive to improve steels. 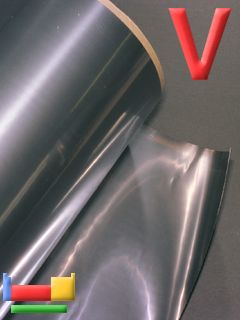 Vanadium is essential to sea squirts (ascidians). The concentration of vanadium in sea squirts is a million times higher than in sea water as a consequence of their ability to concentrate vanadium.

Vanadium is a necessary part of the diet of rats and chicks, but only is very small amounts. Deficiencies cause reduced growth and impair reproduction.

Reactions of vanadium as the element with air, water, halogens, acids, and bases where known.

Vanadium was discovered by Andres Manuel del Rio and Nils Sefström in 1801 at Mexico and Sweden. Origin of name: named after "Vanadis", the goddess of beauty in Scandinavian mythology.

Vanadium has two isotopes and one of them, V-50, has a very low natural abundance (0.25%). V-50 is occasionally used for research purposes. V-51 is used in diabetes and metabolism studies.

Isolation: vanadium is available commercially and production of a sample in the laboratory is not normally required. Commercially, routes leading to matallic vanadium as main product are not usually required as enough is produced as byproduct in other processes.

Industrially, most vanadium is used as an additive to improve steels. Rather than proceed via pure vanadium metal it is often sufficient to react the crude of vanadium pentoxide, "V2O5", with crude iron. This produces ferrovanadium suitable for further work.