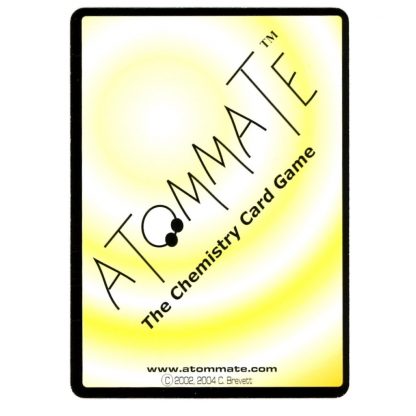 AtomMate is a chemistry card game that consists of a deck of 49 playing cards with the names, symbols and facts about the elements of the Periodic Table. It is used to play games that involve making chemical compounds.

AtomMate is a chemistry card game that consists of a deck of 49 playing cards with the names, symbols and facts about the elements of the Periodic Table. It is used to play games that involve making chemical compounds. Designed for students aged 10 and up, it is a grow-with-me game.

Beginning students learn the names and symbols of the elements. Intermediate students learn to combine the elements to form molecules and compounds. More advanced students can use the cards to enhance their understanding of simple reactions. Instructions for eight easy games, which range in difficulty from easy to complex, are included. There are several games that may be played with these cards. All games are designed for 2 to 4 players. The deck contains a sub-set of the elements in the periodic table, with repetitions of some elements. Some of the elements have the word TOXIC on them – this gives the card special powers in some of the games. There are 8 non-element cards: 4 reduce and 4 oxidize. These allow the player to make additional moves in some of the games. The following information on the cards may be used to play the games:

AtomMate is a game developed by Dr. Carol Brevett who has taught Chemistry at Iowa State University and has been working in industry, including at the DuPont company of Delaware, as a research scientist for over 13 years. She has developed and tested the Atommate games over many years. A must for the chemistry enthusiast, the science scholar, the science-oriented pupil or anyone who wants to play an unusual and novel card game.

Be the first to review “AtomMate Card Game” Cancel reply 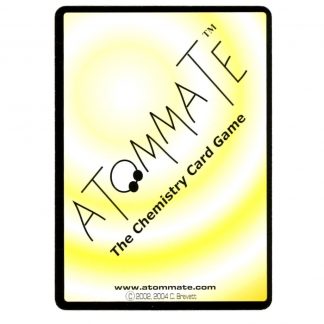 You're viewing: AtomMate Card Game $11.90
Add to cart
We use harmless cookies to ensure that our chemistry shop works properly for you. If you continue to use this site we assume that you are happy with that.OK, got that