Lead is a bluish-white lustrous metal. It is very soft, highly malleable, ductile, and a relatively poor conductor of electricity. It is very resistant to corrosion but tarnishes upon exposure to air. Lead pipes bearing the insignia of Roman emperors, used as drains from the baths, are still in service. Alloys include pewter and solder. Tetraethyl lead (PbEt4) is still used in some grades of petrol (gasoline) but is being phased out on environmental grounds.

Lead isotopes are the end products of each of the three series of naturally occurring radioactive elements. 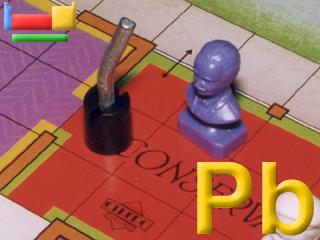 Reactions of lead as the element with air, water, halogens, acids, and bases where known.

Lead was discovered by known since ancient times in unknown at not known. Origin of name: from the Anglo-Saxon word "lead; Latin, plumbum" (the origin of the symbol Pb is the Latin word "plumbum" meaning "liquid silver".

Lead isotopes are used for medical and scientific purposes. Pb-206 and Pb-207 can both be used to produce the medical radioisotopes Bi-205 and Bi-206. Pb-204, Pb-206 and Pb-207 are used to measure lead levels in blood. Pb-208 has been used to produce neutron-rich isotopes of W and Lu. Pb-208 has also been used to study the configuration of neutron stars. Several Lead isotopes have also been used as target in the production of super heavy elements.

Isolation: there is usually little need to make lead metal in the laboratory as it is so cheap and readily available. Lead is isolated from the sulphide, PbS. The process involves burning in a restricted air flow followed by reduction of the resulting oxide PbO with carbon.

This gives lead usually contaminated with metals such as antimony, arsenic, copper, gold, silver, tin, and zinc. A fairly complex process is used to strip out these impurities.